When the world needs more magic and heroes, audiences turn to their favorite fantasy series. And Netflix turns to look at the viewing numbers.

—
This week, we’re using our supernatural data abilities to look at the 7- and 28-day performance of five Netflix Originals in the fantasy genre across India, Brazil and the United States:

Together, these 3 countries have almost 2 billion people and an estimated 95.5M Netflix subscribers and growing. Read on to see how many unique viewers tuned in, their average time spent watching, and our take on why Netflix pulled the plug on Jupiter's Legacy.

How did season 1 of each series perform in its first 7 and 28 days in each country? 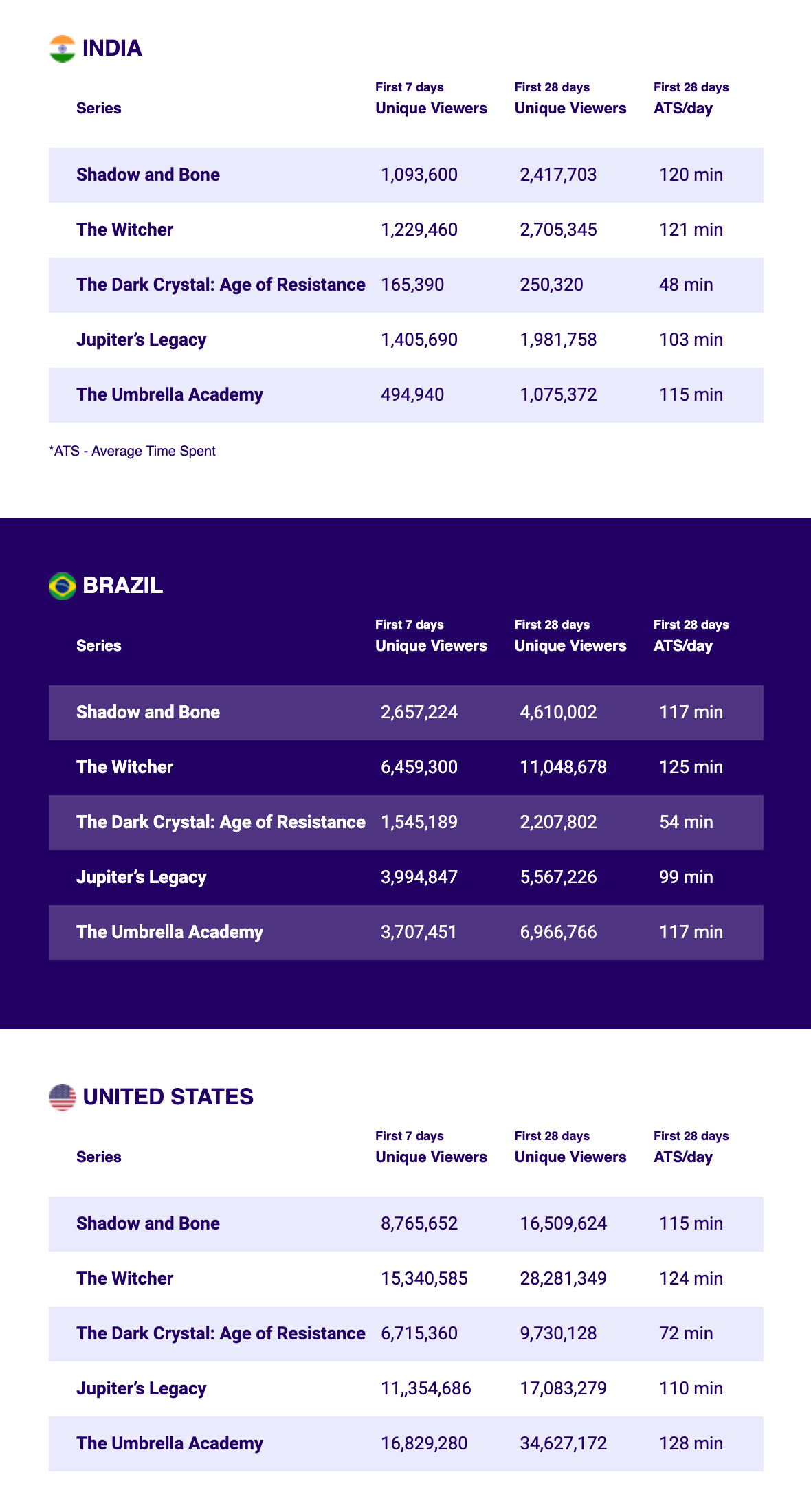 As we know, Netflix works in quick and somewhat mysterious ways — and swiftly axed big-budget Jupiter's Legacy, right after the 28-day performance numbers came in, but gave the green light for a second season for Shadow and Bone last Monday...despite similar numbers.

In fact, Jupiter's Legacy outperformed Shadow and Bone during its first 7 days, but the latter's viewership increased by 88% at the 28-day mark to close the gap.

Thus, Jupiter's Legacy has gone the way of The Dark Crystal, which premiered to much critical acclaim, but was also shelved within a month of its arrival after lukewarm viewership. One theory is that the high production scale of Jupiter's Legacy (allegedly upwards of $100M, including reshoots) contributed to Netflix's decision.

***
What are you waiting for? Sign up today for a demo to explore Showlabs.tv
Isabel Gardocki Avid TV Watcher