The Witcher Slayed in Poland: 1.5M Unique Viewers in the First 28 Days

We analyzed The Witcher's most important viewing metrics on Netflix for a different take on the series's performance. We give this one an "A."

—
The month before The Witcher dropped on Netflix and broke SVoD viewership records in Dec 2019, the second season was already announced in Nov 2019, for a 2021 release. The series is an English-language adaptation of the eight-fantasy-book series of the same name by the Polish writer Andrzej Sapkowski.

The impact of The Witcher series on the demand for merch and video games was tremendous. For example, according to PC Gamer, sales of The Witcher 3: Wild Hunt in Dec 2019 were 554% greater than those from December 2018, attributed solely to renewed interest generated by the show. The Queen’s Gambit, another Netflix Original series, had the same effect on sales and chess worldwide.

The idea of tying up commercial partners with highly-anticipated movies or series is not a new one, and all of the Hollywood studios are now using more tie-in promotions funded by leading global brands. However, Netflix has also been proving how powerful its marketing platforms can be for its promotional partners. Intentionally or not, any Netflix release can now spur a boom in related product sales.

While waiting eagerly for season 2 of The Witcher, we took a granular look at the show's performance to date in the market where everyone knows the legend of Geralt of Rivia — Poland.

***
What are you waiting for? Sign up for a demo to explore Showlabs.tv 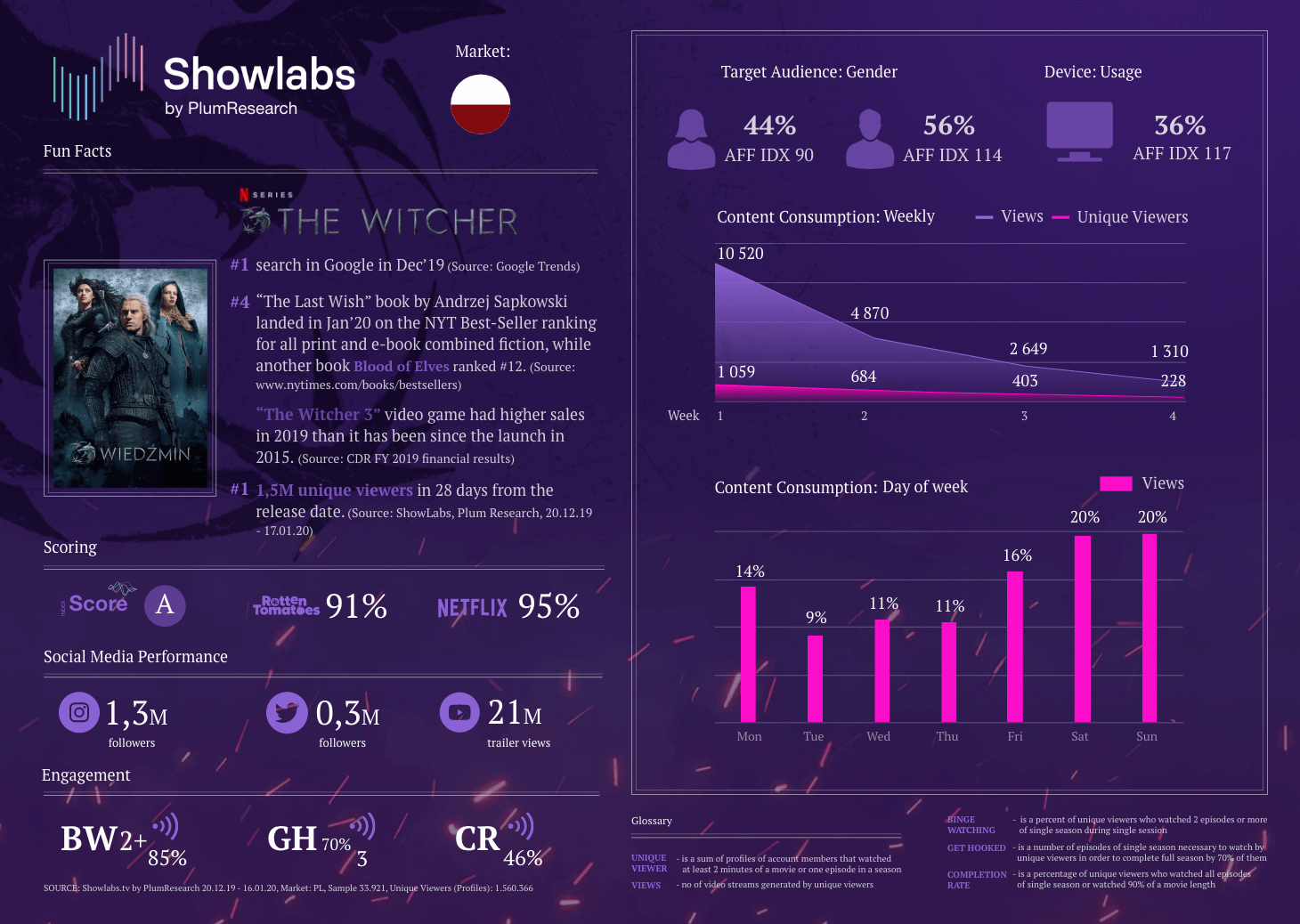